Infidelity is never an easy experience to work through for couples in any sort of committed relationship. Cheating in any form, whether it’s purely physical or a more emotional affair, breaks down any trust partners felt between each other, and this trust is often difficult to repair.

As a result, nearly 40 percent of all divorces occur as a direct result of an affair.

In the aftermath of many separations, people ask why an unhappy spouse would resort to an extramarital affair to work through their problems.

Partners also question what steps they should take next and feel uncertain as to how they should move on.

Most of all, many people wonder if couples regret going through the divorce process immediately after they learn about their partner’s affair.

Although it’s hard to speak for everyone, there’s definitely a lot to unpack around the topic of married couples and infidelity:

Why Do Spouses Cheat?

One of the most difficult things for any married person to understand is why their partner would cheat in the first place. Many times, the partner who is cheated on doesn’t see it coming and feels blindsided when they discover their seemingly loyal spouse is involved in an extramarital affair.

However, there are several reasons why spouses cheat, and understanding these reasons can help both partners recognize the signs of an unhappy marriage.

Obviously, a common reason why people cheat on their partners is that they feel dissatisfied with their marriage. They may feel less attracted to their partner or sense a gap in common interests, or they may simply feel like the relationship isn’t giving them what they need from a physical or emotional standpoint.

While not every partner who feels dissatisfied in their marriage cheats, marital dissatisfaction in and of itself is a major reason why people seek out a marriage counselor or consider divorce.

Not every affair happens because someone is desperate for sex. In fact, many cheating partners engage in what’s called an emotional affair (i.e. an affair that mostly involves emotional intimacy) because they feel neglected by their primary partner.

In these situations, a person seeks out a new partner to fill the emotional void they feel within their marriage, possibly without even having sex with the new partner.

While many affairs do include some form of emotional attachment, sometimes an affair partner is simply a way for someone who is bored in their relationship to find sexual fulfillment. This most frequently occurs in a long-term relationship when couples become so caught up raising their kids and their work that sex goes out the window.

Even when couples like this do have sex, it’s often the same thing over and over again, which leaves both partners feeling bored and searching for more.

There are times when older people, especially those in their 40s or 50s, feel like they need to prove they are “still young.” While some people deal with this by buying a new car, others do it by flirting with younger men or women to prove they “still have it.”

Unfortunately, these types of affairs can sometimes be the most damaging to a long-married couple and their kids, which makes it that much more painful in the end.

Do Spouses Regret Getting A Divorce After Infidelity?

Whether partners cheat because they feel trapped in an unhappy marriage or simply carry flirting too far, it doesn’t change the fact that any type of extramarital affair causes relationship problems that sometimes cannot be repaired, even with the help of a marriage counselor. For this reason, many couples make the difficult decision to separate and start a new life after they discover infidelity.

However, many people wonder if partners who cheat feel any sort of remorse or regret after their marriage ends.

Although some cheating partners don’t give their choice to stray a second thought after their marriage ends, Dr. Holly Hein, author of the book “Sexual Detours: The Startling Truth Behind Love, Lust, and Infidelity,” says approximately 80 percent of couples who ultimately divorce after infidelity do regret their decision for one reason or another.

For the partner who engages in the extramarital affair, it’s often their own guilt around the situation that makes them experience regret. This is especially true in situations where the affair was just a one-night stand or a simple fling, but it can also happen in cases where the new relationship eventually crumbles apart and the cheating partner realizes how good they had it in their first marriage.

They wonder if time could have healed the wounds they felt when they discovered the affair, and they question if they could have done more to make the relationship work.

If you and your spouse had children, you may also regret your decision to cheat because of the impact this choice had on your family home. Infidelity can often bring out the worst in people, and this adversely affects children within a marriage.

Watching your child experience emotional pain, depression, or disconnection from you hurts — and this pain often leaves people regretting their decision to divorce after an affair.

Last but not least, some couples regret their decision to separate after an extramarital affair because of the financial impact divorce causes. The divorce process is expensive, and many couples find it hard to recover even years after their marriage ends.

Many people face poverty, excessive debt, and other financial issues because of the cost of divorce combined with the new single-income household they must maintain. While money should never be the sole reason a couple stays together, it often contributes to the feelings of regret people experience in these situations.

At the end of the day, no one ever knows if they're doing the right thing when they file for divorce. However, some couples who have been there will say that going through a divorce in the heat of the moment after an affair is their biggest regret. Ending the marriage leaves questions and doubts.

Unfortunately, these questions will never be answered. This, in turn, leaves everyone with at least a twinge of regret.

Can A Marriage Survive Infidelity?

So if 80 percent of couples regret their divorce, how many couples stay together? Well, one recent study determined that only 15.6 percent of relationships survive an affair. While that number may seem low, it doesn’t take into account couples who break up after an affair but later end up back together, which other researchers say happens nearly half of the time.

Unfortunately, cheating often leaves both partners feeling angry, confused, and sad. Many partners feel betrayed and neglected, and these difficult emotions can take time to work through. However, some couples do make it work — assuming both partners are committed to doing the work needed to repair the relationship.

How Couples Repair The Relationship After An Affair

Repairing any breach of trust takes time and effort. In the aftermath of an affair, many couples find that setting firm boundaries and ground rules for their relationship can help them re-establish trust.

These new rules often include limitations on going out alone and social media use. Sometimes partners also require steps like location sharing, more frequent communication, and access to the cheating partner’s cell phone to mitigate the cheating.

Furthermore, some couples find counseling beneficial. Marriage counselors can help couples reestablish trust, work through the underlying issues that led to the affair, and even provide tips for better communication going forward.

In fact, 75 percent of couples who enter marriage counseling say it helps improve their relationship, regardless of what happened before they enrolled.

No matter how you choose to do it, you must rebuild trust if you have any chance of saving your marriage after infidelity — period.

How Can I Make Amends If I Cheated?

Whether you decide to walk away from your marriage or save it, you probably regret the emotional pain your love affair caused for your wife or husband. After all, many of us see our spouse as our best friend, and nobody wants to hurt someone they love with their actions or their words. This can be especially true for couples with young kids or couples who otherwise had a happy marriage.

If you truly want to make amends with your spouse after you cheated, you can try taking these steps:

Ending the affair is a necessary first step to repairing any relationship involving infidelity. This is the best way to show your partner you are serious about making amends or salvaging your marriage. Without it, doubt and mistrust will absolutely linger.

Owning your mistakes is important in any situation, but especially in cases of infidelity. Your apology must be sincere and accurate. It should also avoid placing blame on others, especially your partner or the person you cheated with.

Whether your spouse is willing to take you back or starts the divorce process, you need to be ready and willing to accept their response wholeheartedly. Cheating can cause a lot of emotional pain for both parties, and you should accept the fallout from your decision. Doing this will also show your spouse you understand the severity of your mistake and that you hold empathy for them.

You may want to push through the pain of the situation quickly so you can move forward in your life. However, healing takes time, especially in situations like this. So let the sheets cool down (both literally and figuratively) and give your spouse as much time as they need to work through their emotions.

While they do this, make sure your actions show them how much you regret your decision to cheat so they can see you are genuinely trying to make amends.

Moving On After Infidelity

Whether you and your partner decide to separate or not, you will need to find a way to move on after infidelity. This will look different for everyone, which means there’s no cut-and-dry solution to help you cope with the complex emotions you may feel.

Depending on your situation, moving on may mean moving out into a new home and starting a new life. Or, it may mean making amends with your partner and finding a way to salvage your marriage. Ultimately, how you move on is up to you and everyone else involved in your affair, including both your spouse and the person you cheated with.

Things may feel very uncertain right now, and that's hard to deal with. Eventually, though, you will need to learn to let go of the guilt and regret you feel about your decisions and learn how to move on. After all, nothing lasts forever, and the lessons we learn along the way can help us make better decisions moving forward in our life journey.

Just remember that one “bad” decision doesn’t make you a terrible person, and even the most painful heartbreaks fade with time.

Managing Divorce Breakups
Share this article:
The link has been Copied to clipboard! 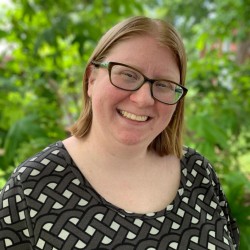 Are You Too Young To Marry? Why Can’t I Get Over My Ex? 15 Reasons You’re Still Holding On Why Do I Keep Dreaming of My Ex? I Love My Ex