Most social interactions we engage in daily involve natural conversation, even when we're making small talk with co-workers or chatting with a family member. These conversations inspire us and leave us feeling refreshed and appreciated.

But have you ever walked away from a conversation with someone and felt like things were uncomfortable or terribly one-sided? Whether you realized it or not at the time, you may have been involved in a forced conversation.

These moments feel almost painful for both parties, and they can lead you to avoid certain places or situations. Or, if you continue to walk into them, you may find yourself asking why relationships never work out for you.

For this reason, it's important to recognize what forced conversation is and understand why you should never force anyone to talk to you so you can make better choices the next time you meet someone new.

Let's dive into this issue in more detail. Here's what we'll cover:

If you keep reaching out to someone, it can become anxiety-provoking and emotionally abusive.

What Is Forced Conversation?

Healthy relationships are based on genuine connections and conversations that follow a natural flow. These connections happen with close friends and other loved ones. We enjoy talking to them, our communication is clear, and each person does their fair share of talking.

Usually, these conversations boost our self-esteem and mental health, and we feel happy throughout the conversation.

However, there are also times when conversations don't feel great. These forced interactions often feel one-sided when one person is doing all the talking. The other person may also be showing body language and non-verbal cues to let the person know they aren't interested, but that person isn't taking no for an answer.

For instance, think about the stereotypical scene in a bar where a woman comes in for a drink, and some man walks up and immediately tries to woo her. He'll ask questions, offer to buy the woman a drink, and use phrases like, "come on" or, "you know you want to."

Nobody likes watching these moments play out, let alone being the one involved in them.

When a person continues to force communication with a woman or man who isn't interested, that person may feel like they need to push the other to respond through repeated questions, a stream of text messages, or even stalking. The person may also be abrasive or use strong tactics to reel the other person in.

In extreme cases, one may encroach on the other's personal space or play to their emotions — anything to get an answer or keep the conversation alive.

Unfortunately, when you force conversations with people, it doesn't do anything more than build a fake friendship between the two of you. In fact, forced interactions rarely lead to genuine connection or that fairy tale ending we all want.

How Do You Force Someone To Talk To You?

Sometimes, like in the case of the above-mentioned situation at a bar, it's fairly obvious that the conversation feels forced and unnatural. In some cases, though, you may not even realize the forced conversation is happening until after the fact.

For this reason, it may help if you are aware of some obvious signs that you force interactions on others.

1. You ask them lots of questions.

Questions are a normal part of any conversation, especially when we meet new people or want to learn more about a person's interests and background. We also ask questions to family members and close friends to get their opinions on things.

However, when social interaction is forced, you may notice that you're asking all the questions while the other person gives short answers in response. You may also notice long pauses in the conversation where you throw out another question just to keep things flowing.

Unfortunately, this method rarely works and can even lead to ghosting.

2. You message them again even though they didn’t respond.

So much of our modern communication takes place through text and picture messages through platforms like Snapchat or WhatsApp.

However, even electronic communication should include a back and forth between both participants, and common courtesy involves waiting for a response before messaging again.

True friends and romantic relationships make communication a two-way street. In fact, most people make an extra effort to respond to messages from the people they love, even when they're busy. If that's not happening, then the other person may not genuinely be interested in establishing a connection with you.

Also, if you catch yourself constantly checking the "read status" of messages you sent, stalking the other person on social media, or spam texting them until they respond, this should be an immediate red flag that this isn't healthy communication.

3. You say or do something to play to their emotions.

When we have feelings for someone, logic and rational thinking can sometimes go out the window. Unfortunately, when we're really desperate for someone's attention, we may resort to communication measures that create a toxic relationship.

Most people are moved by their emotions. If they know someone is sad, they will go the extra mile to make them happy. If they know they are lonely, they will spend time with them. It's all part of human nature and empathy.

Therefore, sometimes people who want to force conversations with someone they care about may consciously or even subconsciously say things to pull at the other person's heartstrings. However, this is absolutely a form of manipulation that, over time, can have negative consequences for the relationship.

So, if you notice that you're doing this, take a step back and consider why. Then, actively work towards changing your behavior.

How Do You Know When You Are Forcing A Relationship?

As you might imagine, the signs of a forced conversation are apparent in any relationship where you are forcing it to work. Usually, a lack of healthy communication is a sign that you're forcing a relationship that isn't meant to be.

However, that's not the only sign you should look for. In fact, you can tell that you are trying to force a relationship with someone if:

Unfortunately, there's not much you can do to repair a forced relationship since they're usually one-sided. Instead, you can simply cut your losses and learn how to seek out better company moving forward.

Reasons Not To Force Someone To Talk To You

Understanding the negative feelings that this type of connection can create will not only help you understand the issues that can occur but will help you see situations from a fresh perspective.

Talking to someone should never become a negative situation, whether it's a romantic partner or a total stranger. In fact, most conversations follow a natural flow and feel easy. When we force interaction, the whole thing feels difficult, uncomfortable, and downright exhausting for the person forcing it.

Engaging in a conversation like this can really drain you. It can also make the other person feel scared or angry. A healthy relationship can never be established in these types of conversations, and they can eventually lead to resentment or bitterness.

When you force someone to talk to you, it creates a sort of fake friendship that doesn't have any substance. In fact, some people avoid getting too close to others when they feel like they're being bombarded or forced to talk to them.

You may not ever get a person's full attention if they feel cornered, which means you'll never genuinely know them.

Relationships that don't have a genuine connection are doomed to fail from the start. There's no salvaging the relationship or doing things to improve it because it didn't exist to begin with. This will just cause you unnecessary heartache in the end.

3. Forced interactions can be a form of emotional abuse.

Emotional abuse involves any form of nonphysical behavior that impacts a person's self-worth and feelings about themselves.

Most of the time, we think about emotional abuse in terms of verbal threats, insults, and harsh verbal attacks on a person's character. What's more, emotional abuse typically occurs over time and wears a person down.

Obviously, forcing someone to talk to you wouldn't fall under that. However, there are ways in which we can force communication on another person in a way that becomes emotionally abusive.

For example, you may reach out so frequently that a person feels compelled to talk to you. If they have to turn off their phone and hide at a friend's house just to get away from you, that's an issue.

Similarly, using tactics that toy with a person's feelings is also a form of emotional abuse. So, if you keep reaching out to a person with emergencies or indicate that your safety depends on them, it can also become anxiety-provoking and emotionally abusive for them.

4. Forcing yourself on people who aren’t interested will only make you feel worse.

Unfortunately, forced conversation doesn't just harm the person who is forced into it — it can hurt the person forcing the communication as well.

When you try to convince someone to talk to you, it's exhausting. It can also make you feel desperate and puts you in a vulnerable position. You invest tons of effort and get very little in return. This can hurt your self-worth and mental health more than you may realize in the moment.

In fact, chasing after someone who doesn't feel the same way can lead to a mental illness like depression because you feel like no one cares.

Over time, this can really wear you down and may push you into a very negative headspace. You may completely miss the people who actually care about you because you become so invested in trying to make this one relationship work. It's not fair to you, and you deserve more.

Get Out There And Let The Words Flow

As you have probably figured out by now, you should never force anyone to talk to you. However, that doesn't mean you can't go out and meet new people ever again. In fact, getting out there and letting the words flow naturally is exactly what you need to do!

Just remember to look for signs of forced communication and make your best effort to walk away the moment you spot red flags. This will save you from experiencing heartache or other painful emotions going forward.

You don't have to force yourself on everyone to find the person made for you. The right person will come along and make any conversation you have with them feel effortless and natural. It's just a matter of finding "the one" and connecting with them in a way that feels healthy and special for you both.

Balanced Relationships
Share this article:
The link has been Copied to clipboard! 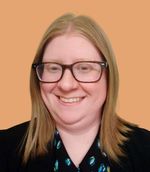 Can Self Love Build Confidence? What Is A Love Avoidant Partner? What Is The Hedgehog Dilemma? Are You In A Transactional Relationship? Spot The 7 Signs What Are Couple Dynamics? Plus 8 Ways To Improve Your Own