Your love life doesn’t end when your marriage does. After all, you’re still human. There’s no need to be doomed to singledom after divorce. But what if you’re worrying about reigniting your love life before your divorce hasn't been finalized?

Dating during separation isn’t unusual. Sometimes you fall in love and find a new partner. Other times, you test the waters with a casual fling before diving into another relationship.

But people run into problems when they start up a sexual relationship without settling their emotions around the separation. An impulsive affair that feels right one night can quickly turn into regretting divorce after infidelity.

If you’re asking yourself, “is it OK that I slept with someone else while separated?” then chances are, you have mixed feelings about your marital misconduct. The good news? I'm here to help you sort them out.

Read on to discover if it was OK to sleep with someone while separated, what your options are if you did, and how to fight for your marriage if you want it back:

Should You Date If You Are Separated?

Deciding if you should date while you are separated depends entirely on the reason you’re apart.

Were you fighting constantly and needing a temporary break? Or was this meant to be a permanent separation period before the divorce was finalized?

If you and your spouse are sure that this marriage is dead in its grave, then dating a new person won’t carry heavy emotional implications. In this situation, you’ve both resolved yourselves against saving the relationship. Your spouse may not like seeing you with someone else, but they won’t hold it against you.

But what if your separation was never meant to be official? If that is the case, then it could be deeply painful for your partner to discover you strayed outside the marital home. Practising self-awareness about the circumstances surrounding your separation can go a long way in mitigating hurt feelings.

Either way, keep in mind that sexual relations of any kind while separated are technically cheating in the eyes of the law. The impact of dating while separated can travel further than you expect.

If you’re currently in an intimate relationship while married to your spouse, know the risks your actions carry. In a state like North Carolina, your current partner can actually sue whoever you’re dating for breaking up your marriage.

If emotions are running high, they can also accuse you of adultery. In a fault divorce state like Maryland, this means that your spouse can immediately file for divorce And tip the settlement scales in their own favor.

Cheating while separated can ultimately impact your chances of reconciliation, fair alimony, and even your child custody arrangement.

What Are the Psychological Effects Of Cheating?

Legal problems aren’t the only possible side effects if you slept with someone while separated. Your actions can have a serious psychological impact on your spouse.

Having an affair, even during a separation period, can cause emotional trauma. In fact, the symptoms can be so intense that some psychologists call it Post-Infidelity Stress Disorder. Like a soldier returning from war, victimized spouses can experience painful flashbacks or intrusive thoughts of their partner sleeping with someone else.

Rage and despair often surface as your spouse grieves your infidelity. They might struggle to enjoy a deep sleep for weeks after finding out you slept with someone else while separated. Some people even experience physical manifestations of stress, like chest pains.

Take a deep breath: you didn’t give your spouse a heart attack. But if they consider your actions during the separation period as cheating, then the emotional damage inflicted is legitimate.

Can You Repair A Marriage While Separated?

It’s possible, but it won’t be easy.

Infidelity leaves a scar on a marriage. Even if your relationship was already on the rocks when the affair took place, your spouse might find their sense of betrayal is difficult to heal.

Forgiving yourself can prove equally challenging. Constantly fixating on the thought, “I slept with someone while separated,” is like beating yourself over the head with your mistakes.

It may be a long road to healing a marriage while separated, but it’s not impossible. One divorce lawyer estimates that out of all the couples going through a legal separation, 13% eventually get back together. That’s a small number—but it’s not zero. There’s still hope for you yet.

But first, you have to commit to repairing your relationship. Make sure this is truly what you want before hitting pause on the divorce process. Once you’re ready to fight for your marriage, it’s time to take action.

Keep in touch during the separation period. Don’t bombard them with messages, but maintain a presence in your spouse’s life.

Be willing to do whatever it takes to rebuild the trust that was broken. Whether that means seeing a marriage counselor, expressing a desire to reconcile, or compromising on temporary child custody, you need to be prepared to work for the marriage.

When Should You Give Up On A Separation?

No matter how hard you try, sometimes a separation can’t be saved.

Watch for these signs to help you decide when to give up on saving a marriage after separation.

You don’t care if they date a new partner

Your spouse might care that you slept with someone while separated. But if you don’t? Then that’s a red flag for the marriage.

Once you can imagine your partner in a new relationship and it doesn’t bother you, then divorce is imminent. That’s a sure sign that you’ve already moved on from the marriage emotionally.

Sound familiar? Then your separation agreement might be more permanent than you think.

It takes two people to save a marriage. One of you can’t pull all the weight. If you feel like your spouse isn’t even trying to fix things while you’re separated, then that’s an early indicator of divorce.

You don’t respect your spouse anymore

Disdain for your spouse is one of the worst signs to recognize during a separation period. Looking down on your life partner is enough to kill any chance at reconciliation.

Do you see them as dumb or dishonest instead of strong or sweet? Chances are, love has left the relationship. Once the respect is gone, the marriage is gone.

You’re only together for the kids

Pay attention to the reasons you want to save the marriage.

Are you focusing on how much you love your spouse and can’t live without them? Or are you thinking about how difficult it would be to raise the kids separately?

If money or child custody arrangements are the dominant drivers behind your desire to save the relationship, then it might not be worth rescuing. Your kids shouldn’t be the only reason you get back together after separation. If they are, it’s probably best to call it quits.

It’s Time To Commit Or Quit

Every marriage is unique. No one else can decide what’s best for you and your spouse.

If you’re worrying, “I slept with someone else while separated, is that OK?” there’s only one way to know for sure: ask your partner. Owning up to your actions might be the last thing you want to do, but talking about it will allow you to finally move forward.

Be prepared for any reaction from your spouse. But more importantly, decide what you want from the relationship first. Are you willing to stick around and do whatever it takes to work things out? Or do you know deep down that it’s time to separate for good with a divorce decree?

Marriage doesn’t always end after separation. But the fate of your relationship depends on your commitment—to your partner or to your divorce. 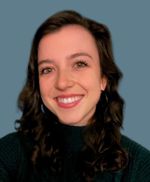 The 1 Positive Sign During Separation to Always Look Out For My Wife Slept With Someone Else While Separated, Is That OK?