Although tattoos have been around for about 5000 years, they have only recently become socially acceptable. In fact, tattoos were regarded negatively and even associated with criminality at the beginning of the 20th century.

Today, tattoos are seen as body art, a way to express individuality, and even a way to pay tribute to people, relationships, and major life events. As tattoos gain popularity, expressing love and commitment to a romantic partner is one of the top reasons people get inked.

What better way to pay tribute to the love of your life than to tattoo their name on your body? It sounds romantic until things go south and you're saddled with a permanent reminder of the person who broke your heart.

Fortunately, if you ever find yourself in this situation, you have options. Even if you're simply entertaining the idea of getting a tattoo of your lover's name, you might want to keep reading. Here's what we'll be exploring:

While a tattoo cover-up remains a popular way to get rid of an ex's name, not getting it tattooed in the first place is probably the best option.

Why Tattoo A Partner’s Name On Your Body?

With so many options for unique expression, why would anyone want to get a tattoo of their partner's name?

To pay tribute to a romantic partner

Lovers in ancient times also sought a way to commemorate their love, so the practice certainly isn't new. In some cultures, tattooing a lover's name was widely seen as a demonstration of devotion. Much like today, not even the prospect of things going awry seemed to deter them.

Tattoo-loving celebrities continue to throw caution to the wind and get tattoos of their partners’ names. When celebrities and influencers use tattoos as symbols of commitment to their partners and relationships, netizens are bound to follow the trend.

With matching tattoos being part of the booming ‘relationship goals’ trend, it only follows that some individuals would choose to express their devotion by getting tattoos of each other's names.

While we don't have exact figures, the sheer volume of Instagram posts, videos, and discussions about name tattoos give us a glimpse into just how popular they are.

It's a bonding experience

Getting a tattoo isn't exactly painless, and having someone you love right there with you can make it special. Couples do all kinds of things to express their love; getting tattoos together is no different. It can be a great bonding experience.

Why You Shouldn't Get Your Partner's Name Tattooed

So, why shouldn't you get your partner's name tattooed? Here are a few reasons why you might want to think twice:

The tattoo could outlast the relationship

Although the staying power of a tattoo is part of its appeal, it's also the reason getting your partner's name tattooed on your body is a bad idea.

When you're in the passionate phase of your relationship, you can't fathom that it might fizzle out one day. Unfortunately, the intensity fades, and some relationships don’t make it past the honeymoon stage.

So here's your reminder that getting permanent ink as a romantic Valentine's day gesture is probably a terrible idea.

Similarly, saying "I do" doesn't hold as much weight as it used to. With between 40 to 50% of marriages ending in divorce, there are simply no guarantees. So you may want to reconsider getting a tattoo of your fiancée or fiance's name.

Famous tattoo artist Scott Campbell, who is known for inking stars like Johnny Depp, made waves in 2017 when he offered to tattoo lovers' names for free as part of a social experiment. He termed the controversial tattoo a courageous and hazardous act symbolizing fearless love.

Unlike Scott, most tattoo artists are often hesitant to tattoo a lover’s name for fear of cursing a relationship. It is widely believed that getting a tattoo of a lover's name dooms a relationship.

When you take into account how often clients return for cover-ups, they might be onto something. Even if you aren't superstitious, it's easy to see why the infamous name tattoo is considered bad luck.

It's just a temporary fix for relationship issues

Some couples get relationship tattoos as a temporary distraction from serious issues. It might also be a way to overcompensate or keep up appearances.

If you're going through a rough patch, skip the trend and focus on strengthening your relationship in meaningful ways. Consider couples therapy or a relationship coach to help you work through your issues.

A whopping 78% of 600 people regret at least one of their tattoos. Additionally, the same study revealed that the most regretted tattoos were lettering/script tattoos that represented a romantic relationship whose significance respondents could no longer relate to.

Even with access to some of the best tattoo artists out there, celebrities still experience ink regret. And you guessed it, ex-name tattoos are one of the top reasons why.

Celebrities such as Angelina Jolie, Justin Bieber, and Melanie Griffith have shared their tattoo regret stories and opted for tattoo removals.

If you think having to explain why you're still friends with an ex is awkward, try explaining to a new love interest why you're totally fine with keeping your ex's name on your body.

Even if you make peace with the permanent reminder, future romantic partners might not be so understanding. It may lead to tension and general relationship dissatisfaction.

Despite their popularity, there is still a lot of research being done on the long-term effects of tattoo ink on the human body. You might want to exercise caution when it comes to tattoos.

It is estimated that one out of five tattoo inks contain cancer-causing chemicals and do not conform to international health safety standards. An even more worrying finding is that over 83% of these carcinogens were identified in black ink—the most popular color for tattoos.

The U.S. Food and Drug Administration (FDA) continues to receive reports of people developing infections from contaminated tattoo inks, as well as adverse reactions to the inks themselves.

A tattoo is no small undertaking, so make sure you're aware of all the potential risks before you leap. If you decide to get a tattoo, make sure the tattoo parlor and artist are reputable and comply with health and safety regulations.

Back in the day, tattoo removals were excruciating, not to mention gory. Rudimentary methods like cutting, burning, or scraping were often used. Needless to say, these methods left estranged lovers with a lot more than emotional scars.

Luckily, tattoo removal has come a long way. Aside from good music, the 90s brought laser tattoo removal procedures with minimal side effects. Nowadays, a lot more options are available. But this isn't to say they're without their drawbacks.

Laser removal is still painful, not to mention costly, and requires multiple sessions. Complications can include pain, blistering, scarring, and, sometimes, darkening of the tattoo ink.

Enter the cover-up: the next best thing to rid yourself of a visual reminder of your ex. A cover-up is a new design inked on top of an old tattoo to cover it up. Tattoo cover-ups offer a creative, fresh start. Whether it’s a gorgeous feather representing freedom or something more daring, like a skull tattoo, there are endless ideas for your new ink.

Can You Cover Up A Name Tattoo With Another Name?

If you work with a talented tattoo artist, there's no doubt that you could cover up a name tattoo with another name. But why would you want to risk being in the same situation again? Social media is a hub of interesting tattoo ideas. Check out a few tattoo designs for inspiration and get a new tattoo that truly reflects who you are.

Blink-182 drummer Travis Barker got a massive black scorpion to cover up his ex’s name. But despite covering up the tattoo of his ex-wife Shanna, he recently added Kourtney Kardashian's name to his collection.

P.S. Don't be like Travis. Err on the side of caution, and get fresh ink that has nothing to do with your lover's name.

While a tattoo cover-up remains a popular way to get rid of an ex's name, not getting it tattooed in the first place is probably the best option.

A name tattoo might seem like a romantic way to celebrate your partner or relationship, but there are other ways to pay tribute to them.

If you're still set on getting a tattoo, here’s a word of advice from the experts: keep it artistic and meaningful; you’ll have fewer regrets.

Dealing With A Breakup
Share this article:
The link has been Copied to clipboard! 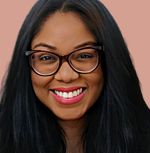 The Top 5 Most Important Things In A Marriage What Is The Spiritual Meaning of Dreaming About Your Ex?

Why Do I Still Feel Connected To My Ex? | 15 Reasons Why You Can't Let Go Do Rebounds Make You Miss Your Ex More? I Miss Him So Badly